It certainly is the end of Enough Sofware as we know it. Let me elaborate why we chose this route and what we will be doing in the future.

A short history of Enough Software

I founded Enough Software in 2004 with the plan to overcome the device fragmentation barrier that plagued the mobile J2ME (Java 2 Micro Edition, later it was called Java ME) at that time. With J2ME Polish I created an Open Source framework that included both a build chain and client libraries that helped developers around the world to create “apps” (we called them MIDlets at that time).

That plan turned out to be working amazingly well. Almost all phones of that era spoke Java but all of them had vendor specific APIs and interpreted the standard differently. While it was easy to create an app that used native high level UI elements (which were basic and didn’t allow you to style them in any way) and that didn’t offer much functionality, it was a tedious and complex task to create a meaningful and beautiful app. And we helped to solve that problem to a large degree.

Here’s a funny and also awkward video to proof it:

Here are some fun facts about J2ME Polish:

When it became clearer that J2ME Polish was doomed we concentrated on providing services. Initially we did this on an international level but later onwards we concentrated on national and regional services, as agile development mandates close cooperation and this is simpler and more effective with face to face meetings.

Mobile Developers Guide to the Galaxy

We had various great projects and we found out that the more people joined the mobile revolution, the more confusion there was: All the vendors and operators had their own tools and their own documentation, but what was missing was some clear, objective information.

Realizing this problem we published the Mobile Developers Guide to the Galaxy - the title is of course a tribute to Douglas Adams! In 2009 we wrote the first edition almost completely on our own - a whopping 40 pages. Our guide was spot on - lots of people loved it and wanted to contribute. In 2016 we brought out the last edition under the Enough Software flag - with more than 20 authors from all over the world contributing and talking about various topics such as accessibility, analytics, monetisation, concepting and much more. 275 pages. 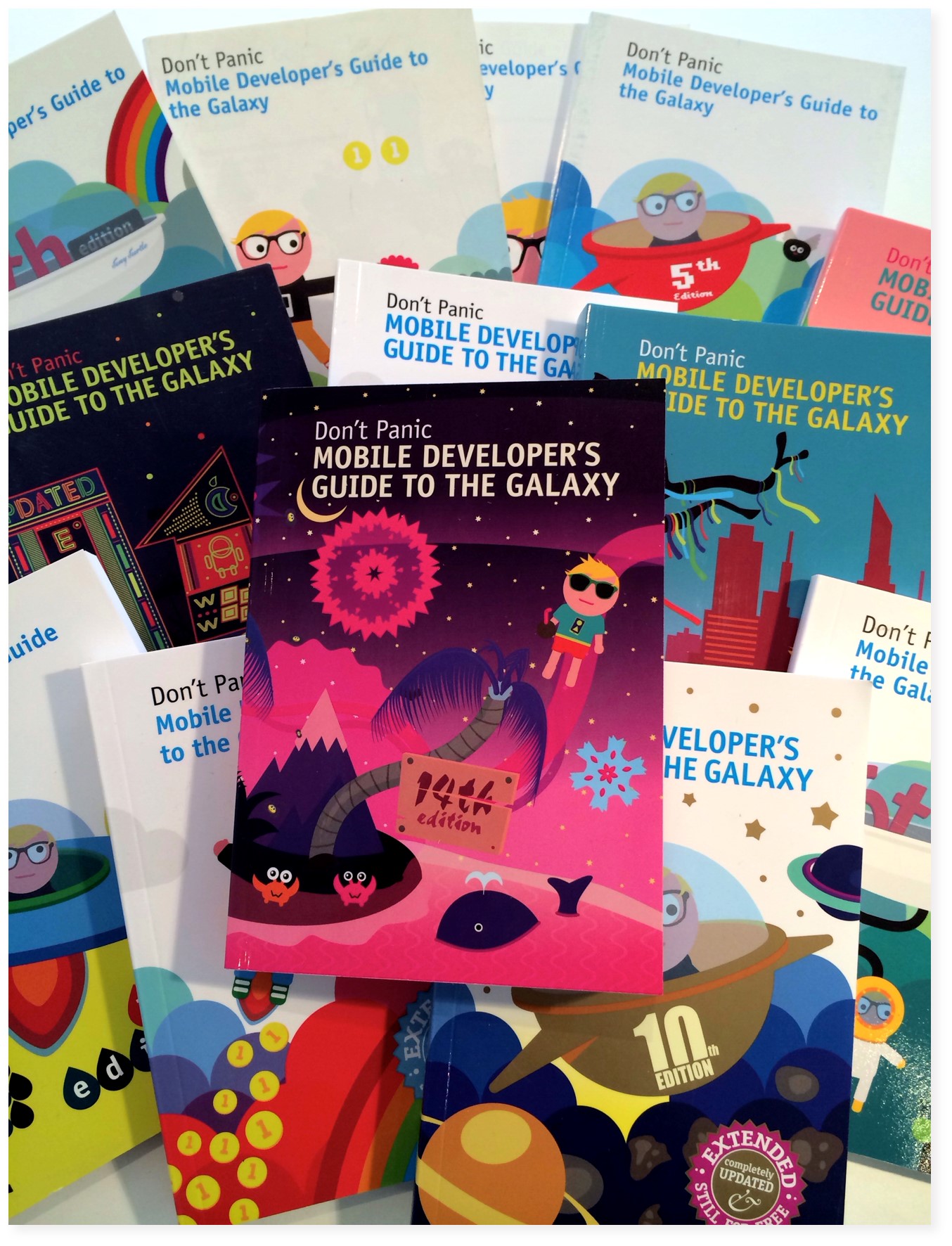 Let’s be honest: even 10 years are just a glimpse in history. Even if you only look at the history of Earth, 10 years are approximately 2.7 · 10-9. That’s less than a percent for those of you that are not mathematically inclined (actually around 10 million times less). 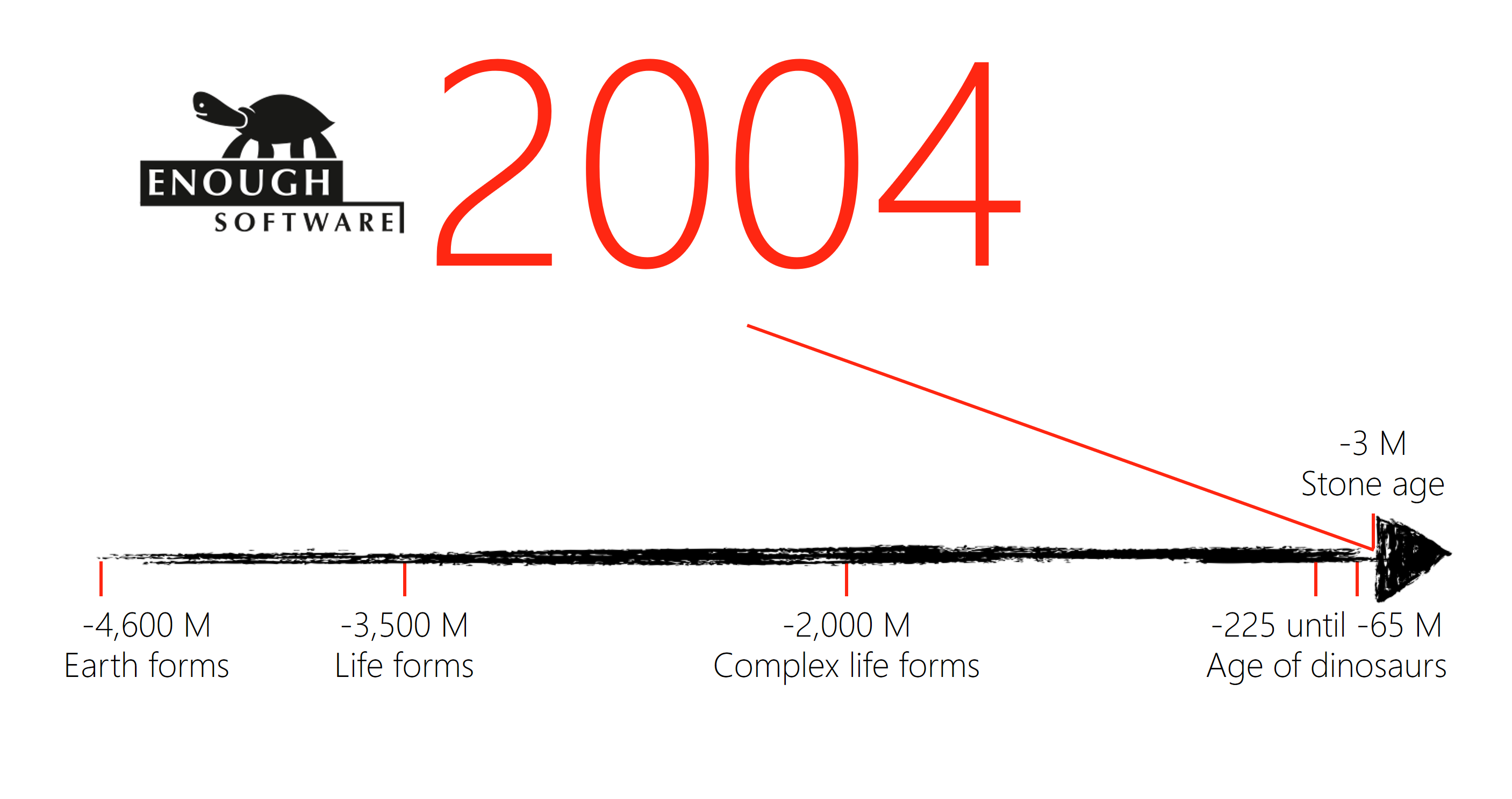 But then again, a lot can happen in 10 years. Here are some highlights of the mobile world: 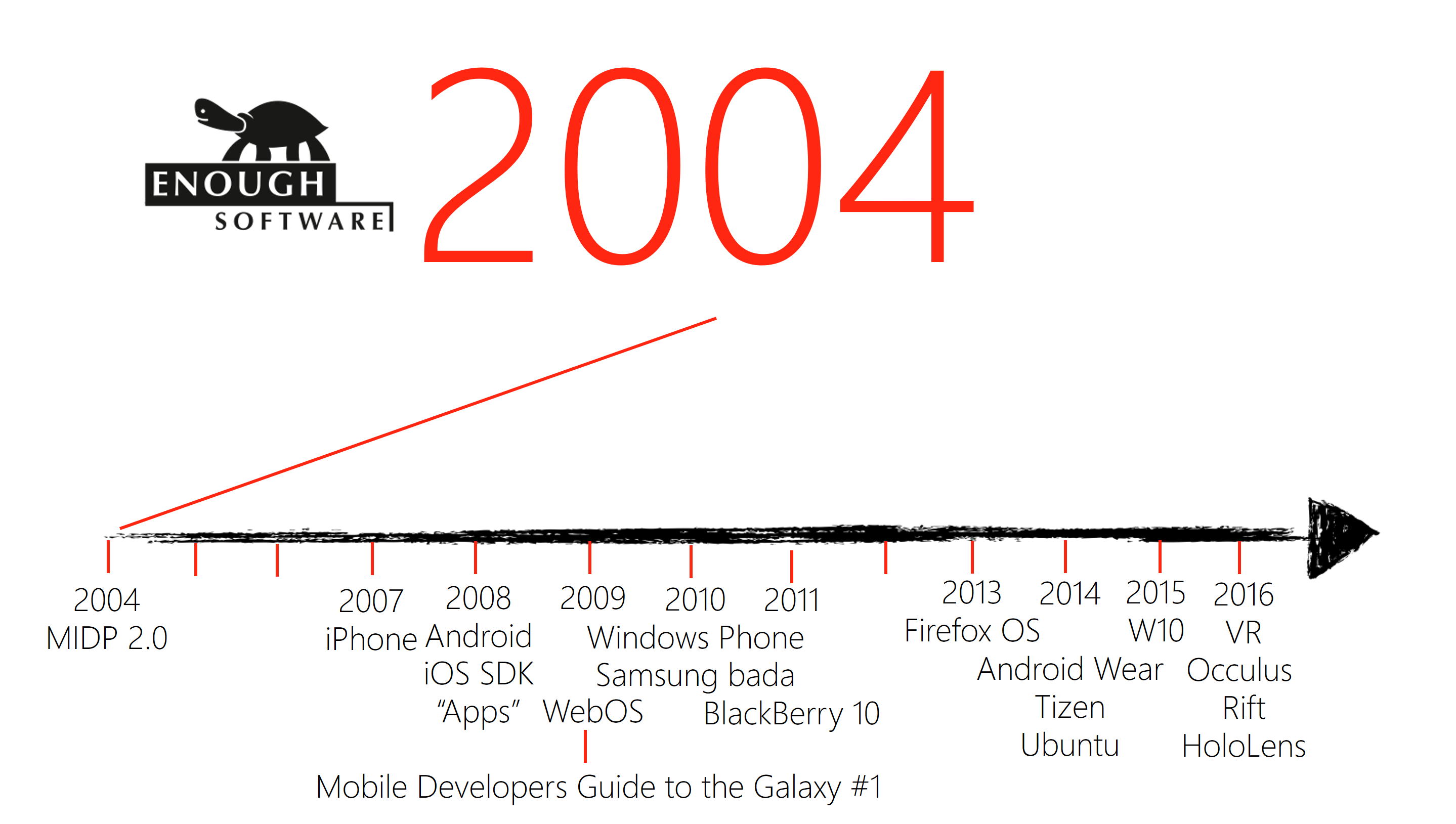 The domain enough.de actually stems from a music cassette punkrock label that I ran for a some years as a hobby. After working on a mobile sports betting app in 2003 I realized that we need something to handle the device fragmentation of that time, which again let me to start Enough Software. 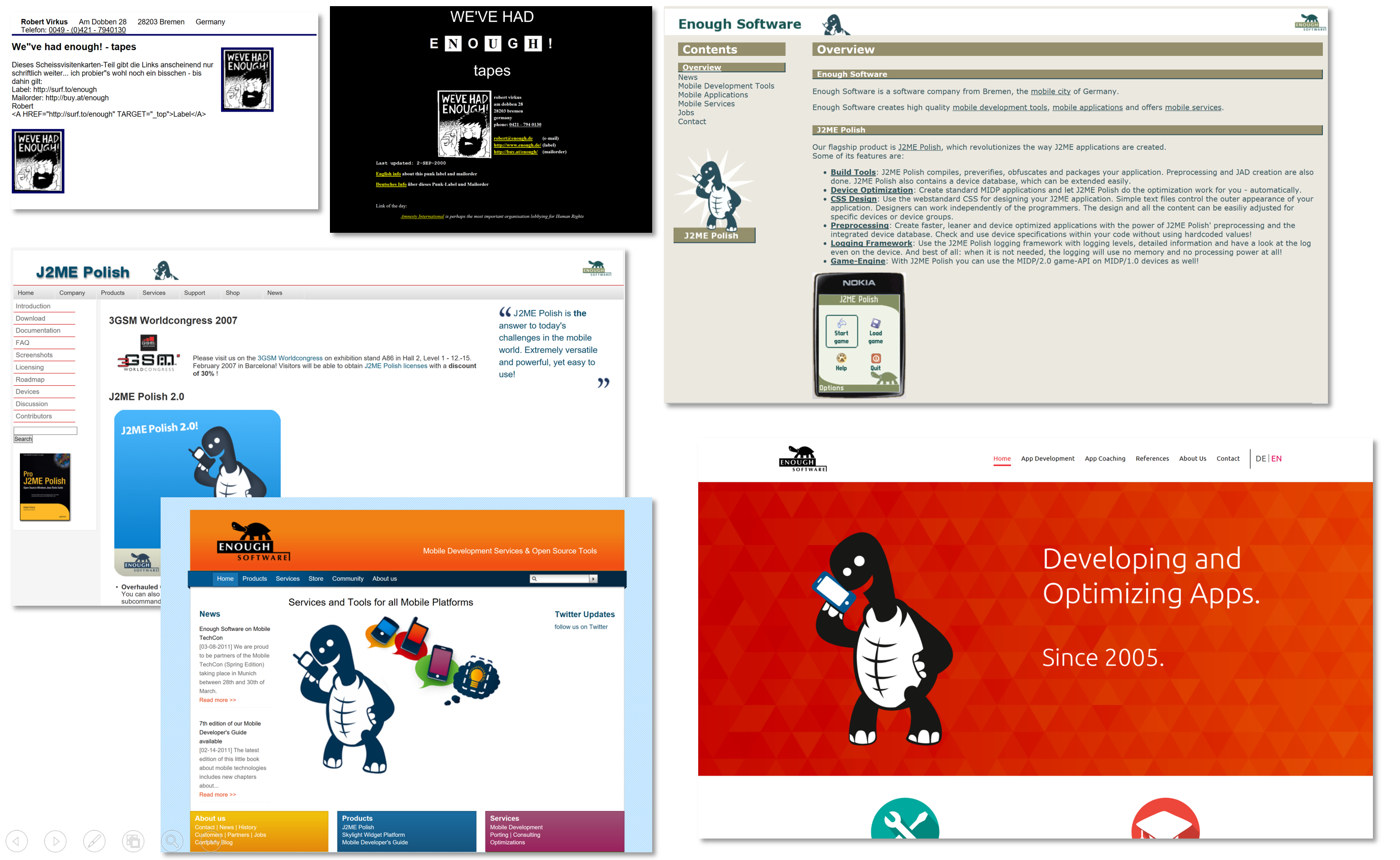 Head over to the wayback machine for some retro fun.

With all this fun why did we stop with Enough Software as we knew it? Life as a service provider is hard - sometimes you don’t have enough work, other times you have way too much work on your hands. Also we never could realize our own ideas to 100%. So when Open-Xchange.com approached us we found out that we shared many of the same passions, e.g. Open Source, privacy and keeping the Internet an open place. In the end we agreed on not doing a classic takeover but instead transfer all personnel to Open-Xchange instead.

With this in mind the good stuff for me as a founder is that Enough Software can stay around. The mobile service provider Enough Software is dead, now a new era starts: creating meaningful communities. Since 2016.

Of course this is side project and my main attention will be focused on OX. But then again I hope I can make a difference. Again. 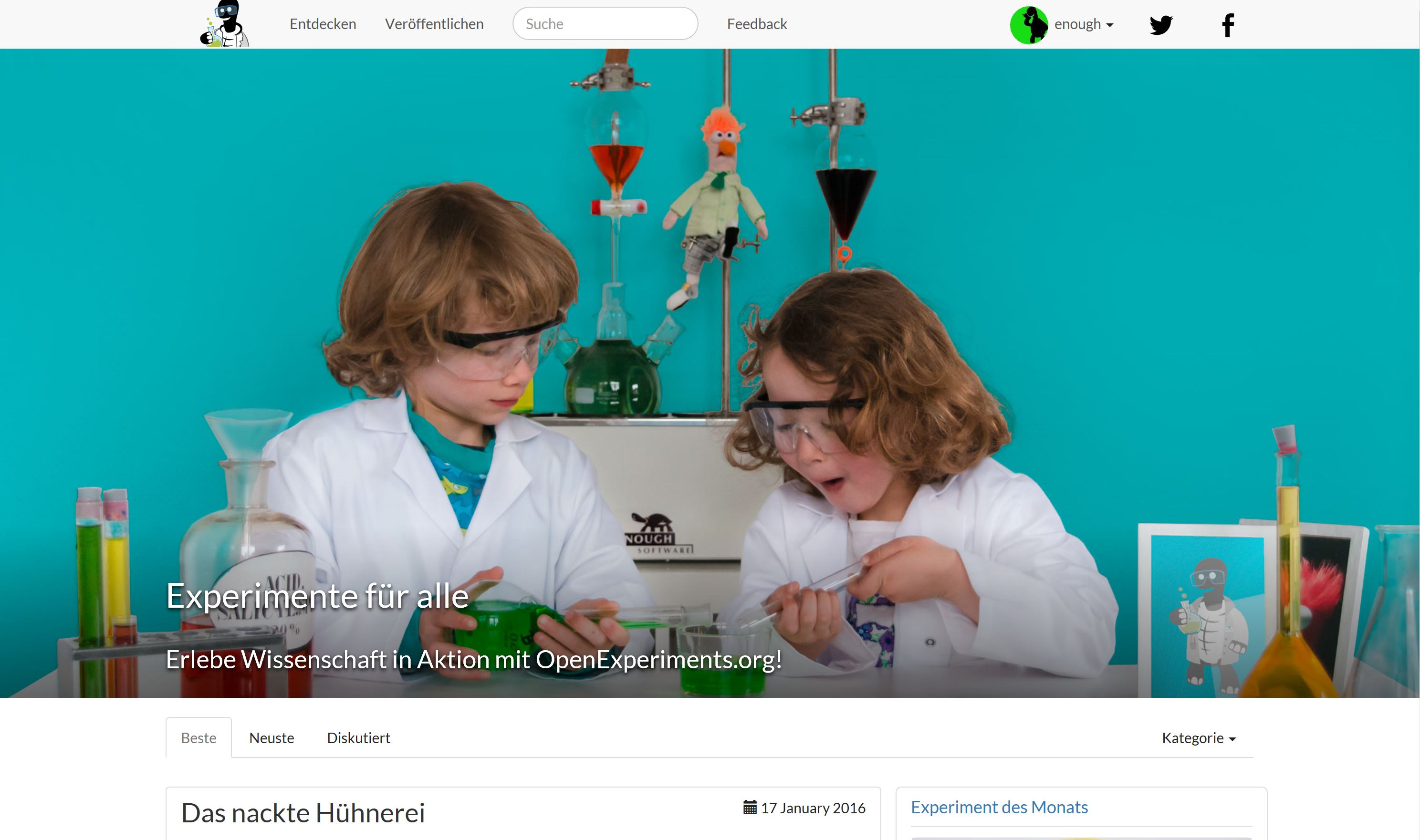 Hey, you made it. Now what are your thoughts? 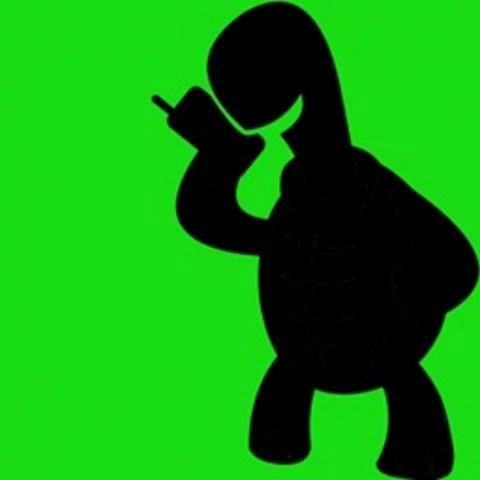